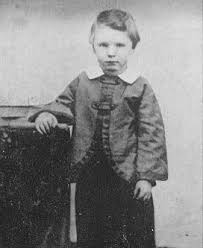 When life becomes complicated…holidays and celebrations become difficult and thorny…for instance…Christmas during the American Civil War (1861-1865).

During these hard times, the Lincoln White House left no record of Christmas trees in the halls or parties, other than a family Christmas dinner in 1861 when they were all together.  President Lincoln served the people, met his presidential responsibilities…attended to the needs of war…he and his First Lady directed their energies…spending countless hours in the military hospitals administering to the wounded…writing letters for injured soldiers to send home to loved ones…such unselfish devotion to a divided nation left little time for holiday festivities.

Additional sorrow and mourning entered the White House when third son, Willie, died in February 1862.  Imagine…the White House doors and windows still shrouded in black, black arm bands…stark black attire during that Christmas combined with a civil war.  Lincoln told Tad, his youngest son, “I want to give him all the toys I did not have and all the toys that I would have given the boy that went away”.… referring to 11 year old Willie and his short sweet life.

War deeply influences our lives and our cultural legacy…look for the next History Nugget: “1863 Santa Claus drawn political and choosing sides”

10 thoughts on “History Nuggets: A dark 1862 Christmas in the Lincoln White House”