Petals white against the snow 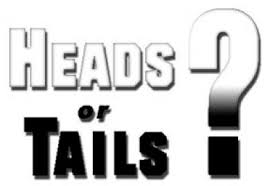 The Super Bowl…one of the super star icons of the United States of America…a defining day where hard-fought football…played for over 4 months…teams from sea to shining sea faced off and moved up the football madness to this day…Super Bowl 51..

As a golden retriever…I can tell you that this day is a record breaker for food…human food that normally NEVER touches my dog lips…I’m talking pieces of chicken wings…a bit of a hot dog…oh don’t get me started…and then there are the many delicacies prepared with loving football lover hands…I can’t wait for the coin toss.

Speaking of the coin toss…did you know that the physics of the toss has been studied…you know the probability…of course you did..but let me put this in front of you today….you gotta look at this if you care about your team...seems though…the NFL has it down regarding fairness.  Bring on the wings and things!!….and look for a possible golden retriever to show up in one of the million dollar plus commercials.  I’m just saying 🙂

Here are the broad strokes of the physics of going flipping: