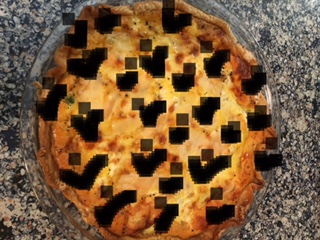 Is today a different day for the R presumptive candidate as speculation swirls around him…as reports snake around the governor’s mansion in the great state of Indiana…wanting the answer…who will be the R running mate..the vice president?… No one will know until the big announcement at 11:00am on Friday, July 15.

Until then, let me recite for you a traditional, English nursery rhyme published in 1774.  Here goes:

Sing a song of sixpence,
A pocket full of rye.
Four and twenty blackbirds,
Baked in a pie.
When the pie was opened,
The birds began to sing;
Wasn’t that a dainty dish,
To set before the king?
The king was in his counting house,
Counting out his money;
The queen was in the parlour,
Eating bread and honey.
The maid was in the garden,
Hanging out the clothes,
When down came a blackbird
And pecked off her nose.

So, let’s see if the presumptive nominee gets the pundit birds to sing sweet songs of political harmony, should he choose the one pence.  The one pence who would bring experience and a conservative record…perhaps unification…Let’s see then…

There was such a commotion,
that little Jenny wren
Flew down into the garden,
and put it back again.

My golden self adores this nursery rhyme.  SheShe sings it to me on occasion.  Maybe, just maybe she’ll sing this tomorrow.

One thought on “Golden Brodie listening for a “Song of Sixpence””