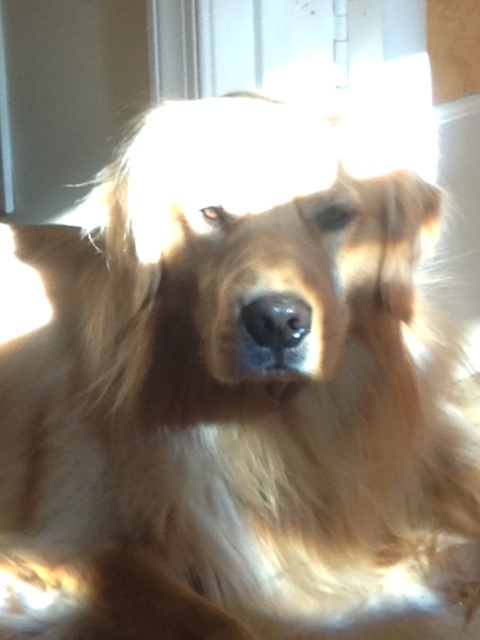 The research speaks for itself regarding the intelligence of dogs… the vocabulary of a dog…no wonder I try so hard…a golden dog trying to understand politics.

According to learned psychologists and experts on dog intelligence, the average trained dog understands 160-165 words.  Super smart dogs have a vocabulary upward to 250 words…like that of a 2 1/2-year-old child.  So give me a break when I tell you that I remain confused with the political conversations and shared rhetoric on both sides as they race to the White House.   And by the way, my golden self is not ranked among the super smart and I am OK with that.

So, after the Bern Man and the Lady finally came together and announced their “togetherness”, she “threw the refrigerator”at the opposing sides presumptive candidate in her speech that sealed the deal between her and Sandy as they stood on the dias together.  I know this is a strong woman and hopefully we respect this about her… but it’s impossible, is it not, that she threw a kitchen appliance at anyone…?!?  In response… to her flying apparatus, the R guy did not even duck… He’s spending most of his time nailing down his vice presidential running mate…it’s said that…”He’s searching for the running mate who will help him to “change the dressing”.  So, here they both are now in the kitchen.  She’s supposedly throwing everything she can get her hands on at this one…while he, supposedly, is looking for his number two guy who’ll represent change, a change-over from the usual oil & vinegar slick to what?…thousand island perhaps??…he’s definitely not thinking green goddess for sure…and whatever his change over dressing is…it will be served on the side.

I do believe that I used up my entire word bank on this one.